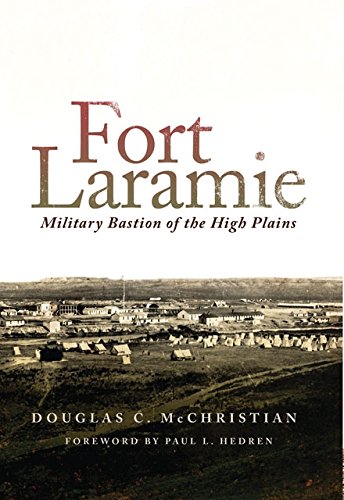 Douglas C. McChristian has written the first complete history of Fort Laramie, chronicling every critical stage in its existence, including its addition to the National Park System. He draws on an extraordinary array of archival materials–including those at Fort Laramie National Historic Site–to present new data about the fort and new interpretations of historical events.

Emphasizing the fort's military history, McChristian documents the army's vital role in ending challenges posed by American Indians to U.S. occupation and settlement of the region, and he expands on the fort's interactions with the many Native peoples of the Central Plains and Rocky Mountains. He provides a particularly lucid description of the infamous Grattan fight of 1854, which initiated a generation of strife between Indians and U.S. soldiers, and he recounts the 1851 Horse Creek and 1868 Fort Laramie treaties.

Meticulously researched and gracefully told, this is a long-overdue military history of one of the American West's most venerable historic places.